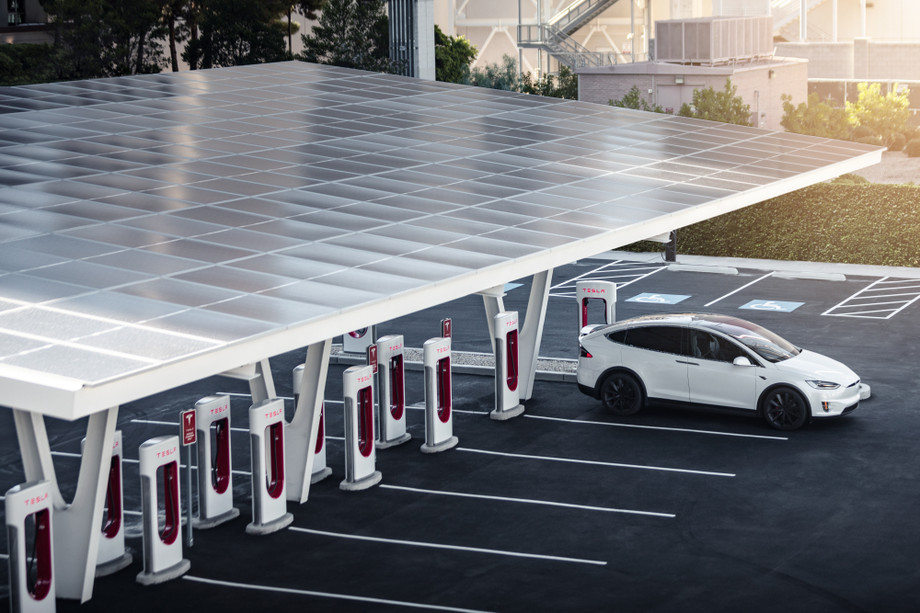 As fast charging stations become more powerful, they will increasingly include energy storage and on-site generation. Tesla has been planning to phase in these features for some time, but widespread deployment has been delayed.

In 2017, the company said it planned to add solar and batteries to all Supercharger stations, and even disconnect some of them from the grid. However, solar panels have since appeared at only a few sites.

Quite a few Supercharger V3 stations, which offer a maximum charging rate of 250 kW, have been rolled out, and the company is now producing the next generation, Supercharger V4, which features even higher charging rates, plus CCS charging capability for non-Tesla EVs.

Now Electrek has learned that one of the first V4 stations is planned for construction in Arizona, and the plan shows both solar generation and battery energy storage. According to the building permit, the station will have 40 stalls, including at least one pull-through stall for vehicles towing trailers. It will also have two large solar arrays and a Megapack.

Generating and storing energy on site is a way to even out energy consumption and avoid utility demand charges, which can be shockingly high. Electrek’s Fred Lambert believes that Tesla will be deploying more solar+storage out of necessity. “Demand charges are going through the roof in some important markets for Tesla, including California, and it is badly affecting charging network operators,” he writes.